A mobile application project – for B2B, B2C or business functions – is not an IT project, nor, even, one Web project like any other. To be a success, it must be conducted with agility and speed, whilst at the same time constantly emphasizing the user experience. By using innovative design and collaborative prototyping methods, it is possible to meet this challenge and deliver, within the space of 3 months, applications that are in step with the expectations and practices of those groups of people for whom they are intended. 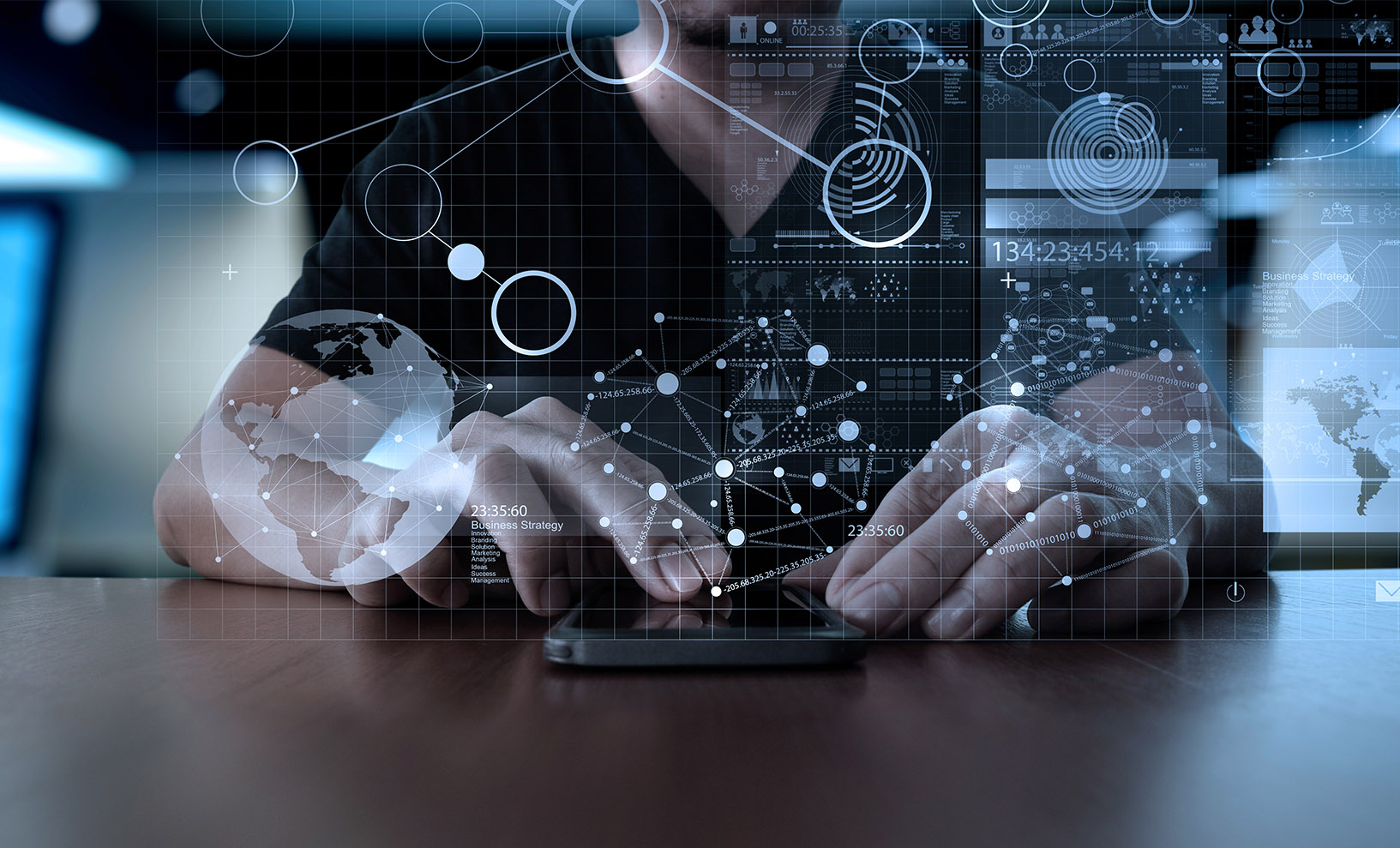 Every day, hundreds of new mobile applications appear in the market's main app stores. It is a euphemism to say that not all of them will be as successful as hoped… With more than 2.2 million apps available on Google Play and 2 million in Apple's App Store1, the range available to the public is huge, but it is dominated by a handful of flagship applications – for games, instant messaging, and social networks – of which the numbers of users run into the hundreds of millions.

Alongside this range aimed at the public, another market exists which is less visible, but growing very strongly: the one for professional or "business" apps. By transforming working methods, these apps are opening up new potential for gains in productivity and efficiency, in all business functions and sectors of activity. For example, the Ricard company was able to entirely digitalize the quality control process at its production site in Lormont (in the Gironde) by equipping operatives with a tablet application. It enables them to undertake and communicate the various readings without using paper. For Alexandre Defrance, director of the Lormont production site:

"This project is a major turning-point for the production teams, with the arrival of digital in the bottling hall. We retain control over our quality process, whilst also making it more instantaneous, responsive, and reliable, and all in paperless mode.
The inclusive and innovative nature of the concept spurs the employees towards operational excellence."

It is pointless hoping to realize this potential and achieve such results by transposing or adapting to mobile format an application that was originally designed for computers.
This approach is doomed to fail. Whether your mobile application is intended for the general public, your customers, or your employees, it is crucial to see it as a specific project in its own right. To be successful, the project absolutely must:

It is no accident that the most effective methods for creating mobile applications specifically adopt two of these fundamental aspects. Centred on the user experience, they are resolutely playful and emphasize speed, notably in the design phase.

A "CLICKABLE" PROTOTYPE IN 3 WEEKS
In a true "mobile factory", the creation and development teams work hand in hand. Above all, they bring the future users on board right from the start of the project, in a cocreation rationale that adopts the principles of the Design Sprint. Having originated in the world of Google, this methodology makes it possible to solve, within a short space of time2, user experience (UX) and user interface (UI) problems by using design and prototyping.

Working without prior specifications, creativity workshops based on serious games allow the users' expectations and ideas to emerge and collaborative prototyping to very quickly kick in. For example, with a platform like Invision, it is now easy to create "clickable" mock-ups using the interfaces devised by the designers – without writing a single line of code, and yet they are still directly usable on tablets or smartphones! This image dynamization technique makes it possible to link screens and so test the user journeys in a realistic way. The users can "play" with this mock-up, and it will be easy to change it in response to their remarks, up to the point where they are satisfied with it in terms of its use and navigation. The secret to making this design phase a success lies in:

THE 4 MAIN CAUSES BEHIND THE FAILURE OF MOBILE PROJECTS

Wanting to imagine everything right away so as to have the most exhaustive application possible. This lengthens time periods, whereas a mobile project needs to be fast. The objective must be to come up with a first version in less than 3 months.

Designing the app without the end users, working from a mere canvassing of needs. The UX is the essential factor in making an app's users adopt it and take to it. Its users must be involved in the phases for the design, creation, and validation of the mock-up.

Working from traditional specifications. By the time they are drawn up and finalized, the requirements have already changed. Adopting a"fail fast" approach is much more effective.

Neglecting change management. Business mobile applications call into question habits and processes, even organizations. Users must be supported, so that this transition goes well for them.

A V1 IN 3 MONTHS MAXIMUM
When you have "set" the mock-up, you go into the production phase, in other words, the coding that will make it possible to move from a succession of screens – which are nothing more than images – to functional interfaces. By using industrial methods of development, testing, and continuous integration, it is possible to ensure that the code produced conforms to market standards. The continual presence of designers with the developers helps to ensure that what is developed is consistant "to within a pixel" with what was imagined with the users during the design phase.

It is not the easiest thing for company IT teams to do, but it has to be accepted that the V1 of a mobile application is, if not basic, at least limited to that which is essential in terms of functionalities. This is what makes it possible to go quickly, bearing in mind that a mobile project that lasts more than 3 months has a tendency to go off track and get stuck in the pitfalls of perfectionism. It is better to start "small" and quickly deliver a first version – granted, incomplete, but faultless in UX terms – keeping in mind that a successful mobile project never ends with the V1.

A REAL DEVELOPMENT PLAN, RIGHT FROM V1
When the V1 is published – in a public or private app store – the real life of the application begins, and you need to already have in mind the first stages of a 6- or 9-month development plan, aiming to:

A mobile application that does not develop can die very quickly because it disappoints users, for example, as it does not incorporate the latest graphics codes or navigation modes… This is why players proposing very popular apps, such as Mappy and the SNCF, have made their updating strategy into a marketing tool to revive users' interest very regularly, with developments every 2 to 4 weeks. They editorialize their development plan and use the well known methods of community management to constantly grasp their users' feedback on app stores or social networks.

For a business application, the pace of development will generally be less sustained, but it is a good idea to draw on these community management methods so as to involve employees in the life of the tools they use on a daily basis. By doing this, you ensure that you remain closely in line not only with their professional needs, but also with the standards of use that determine whether they will be committed to the application over the long term – the biggest challenge being to manage to preserve the simplicity of use of the original application, release after release.

DEVELOP IN NATIVE OR IN HYBRID LANGUAGE?
The Apple and Android native languages are the inescapable market standards. An application developed in one of these languages does not work on the other platform, which means you have to develop the application twice if you want to be present in the two worlds.

Hybrid languages offer an alternative by making it possible to develop the core application just once, and specialize the app at the end point to make it usable on both platforms.

Whilst there is a real economic advantage inthis, it is important to know that apps developedin native language perform better in major transactional contexts.

DO NOT HESITATE TO KILL OFF AN AGEING APPLICATION
A mobile application can not develop ad infinitum. Moreover, the life cycle of applications is tending to shorten: today it is one and a half years, or two years maximum. This is for technical reasons, but above all because the initial design becomes out of step with current uses. For example, the burger menu, which became widespread in very little time, makes any other form of menu look "uncool", even in a professional app. Changes in fashion of this nature are difficult to foresee, but all of us quickly become subject to them. Integrating them into an existing app can become more and more complex and costly. There comes a point where it is better to kill off the old application and redevelop it, so that it is once again state of the art and able to go through a new development cycle.

This is the strategy adopted for all the major applications for the general public. Practically every year, they not only change their interface and ergonomics, but also undergo an overhaul, so as to make the most of developments in operating systems and the technical environment. This acceleration, which requires recoding, is particularly frustrating for developers: today, the success of a mobile application depends less on well written code than on the user experience and the "sexy" and innovative nature of the interface. This is the case for apps for the general public as it is for business apps, for an obvious reason: the daily user of the Facebook, Twitter or Snapchat apps expects to find the same level of simplicity and quality of experience in his or her professional applications. This is a decisive factor in app acceptability, and it is up to the designers and developers to combine their talents to mask the underlying complexity and deliver ever simpler and more intuitive applications.

1  Source: Statista, June 2016 – http://www.statista.com/statistics/276623/number-of-apps-available-in-leading-app-stores/
2  In theory, a Design Sprint lasts 5 days. For an elaborate business application, like the one created by Keyrus for the Ricard company, a "sprint" of 3 weeks is more realistic

About the author
In 1999, Jean-Philippe Clair participated in the creation of the editor Knowings, which over the years became a major
player in collaborative solutions. In 2011 he joined the SQLI group and took over the management of the Enterprise
Content Management (ECM) center, and then of the Digital Consulting center of Wax Interactive in Lyons. He joined Keyrus
in 2014 to manage digital operations in the regions, and also managed various consulting assignments on issues related to
Mobile & Digital Transformation, then taking over the management of the Keyrus Digital France Agency in 2016.