Levallois-Perret, 24 September 2018: The Keyrus Board of Directors met today and finalized the consolidated accounts for the first half of 2018. These accounts have been reviewed by the Auditors.

With organic growth* of 10.1%, Large Account activities delivered a very strong performance in line with a business model built for internal growth and supported, for several years now, by Keyrus's innovative positioning around its core business: Data, the strategic linchpin of companies' digital transformation.

Mid-Market activities grew by 2.6% at constant scope in the first half of 2018 and should show solid momentum in the second half of the year, notably with the implementation of tax deduction at source.

Eric Cohen, President & CEO of the Keyrus Group, comments: " This first half of the year is in line with our K2020 strategic plan to accelerate our organic growth and deploy our business model across all our geographical zones.

Keyrus is positioning itself as a key player in Digital Intelligence to help companies transform themselves by using their "data" within an increasingly hyperconnected digital ecosystem.  Thus, the Group's three areas of expertise - Data Intelligence, Digital Experience, and Management and Transformation Consulting - are converging to create integrated, or "seamless", offerings enabling companies to capitalize on their internal and external data in real time, and continually optimize both customer and employee engagement through Machine Learning and Artificial Intelligence, thereby improving the companies' performance."

Keyrus will publish its revenues for the third quarter of 2018 on 8 November 2018 after the market close. 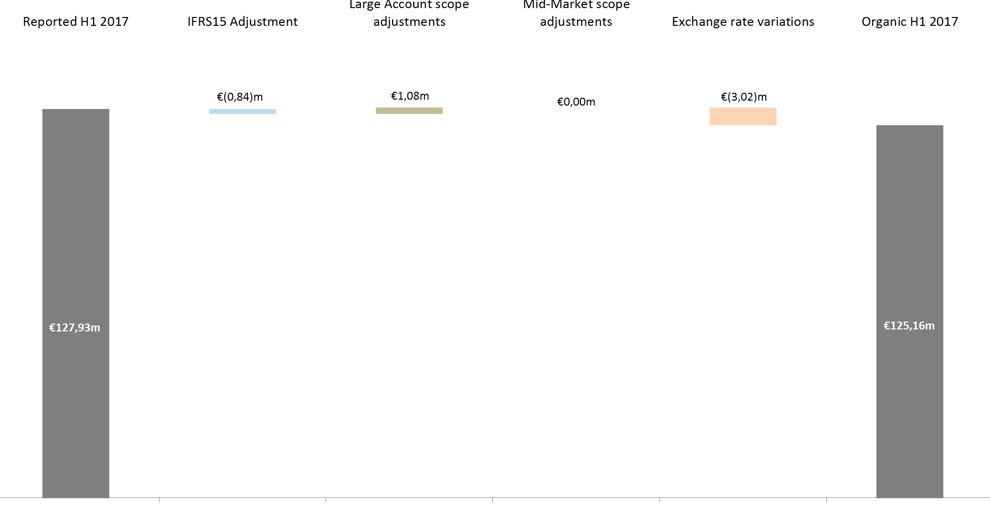