Keyrus, an international player in the fields of Data Intelligence, Digital and Consulting on the Management and Transformation of enterprises, has announced the launch of Cloudjungle, its subsidiary dedicated to the implementation and deployment of Salesforce solutions, in Israel.

Launched in 2018 in France, Cloudjungle began by offering basic and advanced Salesforce training programs to mid-sized companies and large groups. Since then, it has developed a wider range of offers dedicated to the American vendor, accompanying enterprises in the deployment of Salesforce integration projects. Following its successful launch in France, Cloudjungle is now looking to accelerate its international development, by leveraging the Keyrus Group’s international network.

Since expanding to Israel in 2011, Salesforce has established itself as the leading CRM vendor in the region. Recognised as an international laboratory and the world’s R&D center, the “Start-Up Nation” represents a dynamic market where the vendor’s solutions are in high demand. Keyrus has been established in Israel for over a decade, through its innovation platform, “KIF”, and its subsidiary, Vision.bi, which is a Tableau Gold Strategic Partner. Cloudjungle will therefore be able to leverage the Group’s network of partners and its local experience in order to facilitate its deployment.

Cloudjungle’s offers in Israel will be structured in the same way as its French counterpart, capitalizing on existing assets in three areas: standard packages, personalized training programs and developing applications. Cloudjungle will develop a local centre of excellence in Israel, as well as an innovation hub for all of the Keyrus Group’s projects involving the vendor’s solutions.

Cloudjungle is already working on several projects in Israel for large, local brands, particularly in the medical and charity sectors.

To lead this new operation in Israel, Cloudjungle has recruited Maxime Seligman as Country Manager. Maxime is an entrepreneur, specializing in marketing and digital for over 15 years. Having begun his career in France, he moved to Israel in 2005, where he founded digital marketing company “LeadLike”, and developed the market for major accounts in the region.

In 2016, he launched WebSchools, a company specializing in training programs focused on new technologies, before working with Salesforce Israel to launch the country’s first Salesforce curriculum. Maxime Seligman quickly built up a network of customers and technological partners from within Salesforce’s ecosystem.

"I am proud to join the Keyrus group, and to be a part of Cloudjungle’s launch – and success – in the Israeli market. It’s an ambitious project and we have all the resources necessary to make it a success, while accompanying mid-sized and large companies in their digital transformation", comments Maxime Seligman, Country Manager at Cloudjungle Israel.

This new subsidiary will be launched through two agencies. The first will operate from within Keyrus’s existing agency in Tel Aviv, and the second will be opened in Jerusalem. Cloudjungle hopes to recruit around ten employees in 2021 in order to form a multilingual, multicultural team and meet the needs of its local and international customers.

"Israel is considered the ideal environment for innovation and R&D. The local and regional markets are expanding at high speed. Cloudjungle’s launch in Israel will allow us to propel our international “go to market” proposition. In the mid-term, Cloudjungle hopes to reach a critical mass of around one hundred experts in order to industrialize the development of applications within the Salesforce ecosystem, while maintaining its command across the value chain: consulting, integration and TPM", adds Amram Azoulay, Director at Keyrus Digital & Co-Founder of Cloudjungle. 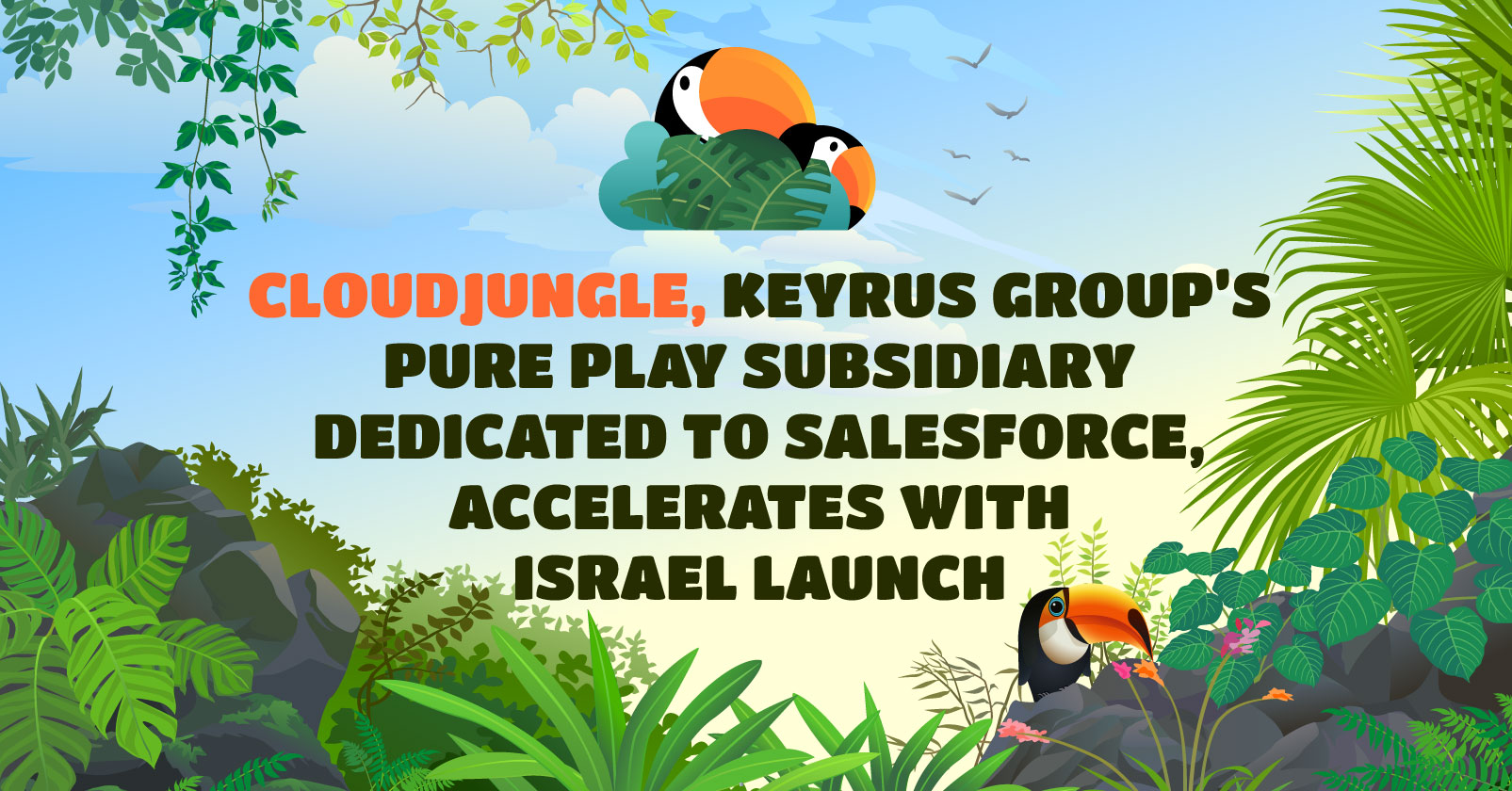