The Keyrus Group acquires QConsulting, the N°1 consulting firm in Brazil specialized in Qlik, to strengthen its continued development in the Smart Business Intelligence market in Latin America

As part of its international growth strategy, the Keyrus Group, a leader in Data Intelligence, is keen to hasten its development in consulting on, and the implementation of solutions in, Business Intelligence and Data Visualization in the Latin American market. 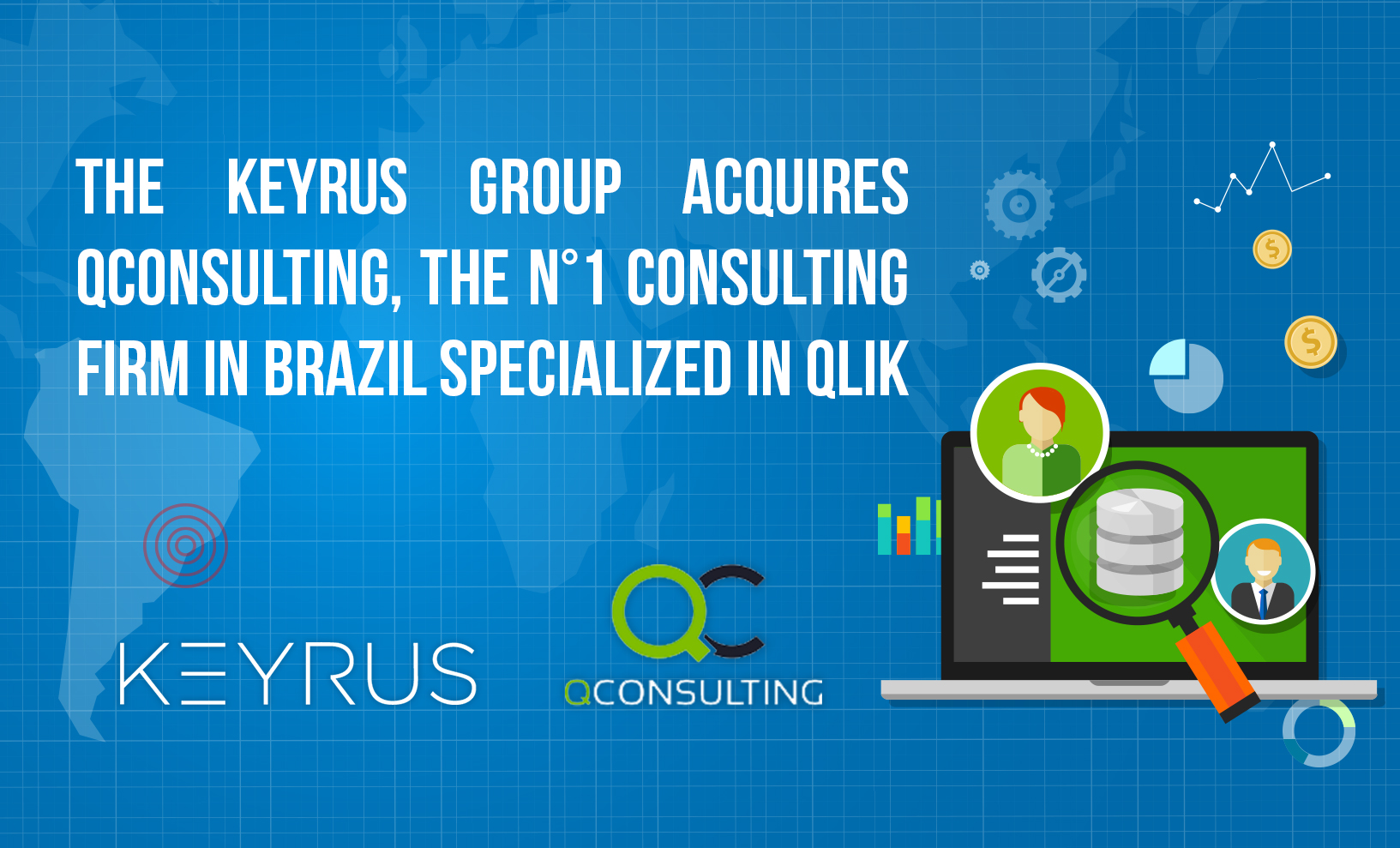 Keyrus announces that it has acquired the firm QConsulting. The purpose of this acquisition is to strengthen Keyrus's Data Intelligence business in Brazil and enable it to offer its clients new services and solutions and broaden its expertise in Smart BI.

QConsulting, a Brazilian firm created in 2010, provides consulting and software integration services. It is a specialist in Business Intelligence and an expert in the solutions proposed by the editor Qlik.

Through this operation,the Keyrus Group extends its leadership in Business Intelligence in Brazil. Keyrus has been operating in this market for over 10 years, and has established itself as one of the most dynamic consulting companies in the software and services sector in Brazil. With organic growth of 15.2% in Brazil in 2016 in what was a fragile economic climate, Keyrus, through its positioning as a specialist, is riding the wave of data-driven business, in which data are now becoming the backbone of companies, reshaping their economic models and organization in the process.

Some of the deciding factors behind Keyrus's decision to acquire QConsulting were the Brazilian firm's high level of expertise in the prized field of Smart BI, and the range of services it offered in that area. Another argument in favor of this acquisition move was the high degree of collaboration and synergy already achieved between the two companies’ respective teams as they jointly undertook numerous projects over the last two years.

QConsulting currently employs 58 people and in 2016 it achieved revenues of R$10 million (equivalent to roughly 3 million euros) providing consulting, solution integration, and analytics training services to the leading players in the Brazilian market, and in a variety of sectors such as Telecoms, Retail, Financial Services, Pharmaceuticals….

The Keyrus Group's Brazilian subsidiary, Keyrus do Brasil, based in Sao Paulo, has already planned for the integration of the new QConsulting services and processes in its development strategy, and counting all the teams combined, it now has more than 400 BI Consultants to serve both the Brazilian market and the other Latin American countries.

“The demand for BI, Analytics, and Big Data projects and solutions in Brazil has been growing by 40% a year, even in times of economic crisis. Through this acquisition, we are strengthening our teams to meet this growing demand in this country and also the wider region. Our goal is to recruit a further hundred new staff within the next two years, so as to reach a scale that will make us one of the leaders in Latin America", says Javier Riera, CEO of Keyrus do Brasil.

Other companies expressed keen interest in acquiring QConsulting. "We received other offers, but we  opted for the Keyrus Group for its real international dimension and presence in over 15 countries, and above all, for its indisputable worldwide leadership in the Data Intelligence field. From now on, not only are we able to offer our clients a wider range of BI solutions from the main players in the market, but we can also give our employees greater opportunities to work on major client projects, not just in Latin America, but also in the other countries where the Group is present", points out Regis Torres, who, along with Douglas Sobreira, his fellow co-founder of QConsulting, now takes over the management of the Smart BI practice at Keyrus do Brasil.

Eric Cohen, Founder and CEO of the Keyrus Group, adds: "the key factor behind the success of this operation is unquestionably the trust built up over the months spent working together on projects for our joint clients, as well as our shared strategy for development in South America, where the founding partners of QConsulting and their teams will play a decisive role in making a success of our Keyrus 2020 plan in this region."